The Alberta OER Summit took place on June 21st, 2019 at NorQuest College, Edmonton, AB. It was a wonderful meeting, and I’d like to thank Robert Lawson at NorQuest for organizing the event and for inviting me to speak about our provincial journal club project. We have a great OER community in Alberta and it’s events like this that keep the momentum going.

Below is a link to the presentation slides from Mount Royal University’s Institutional Repository.

My colleague Michael McNally (University of Alberta SLIS) and I have published a new paper in First Monday titled “Open enough? Eight factors to consider when transitioning from closed to open resources and courses: A conceptual framework.” Having worked on this paper over the past year, I’m very glad to see it in print.

Abstract: Transitioning from closed courses and educational resources to open educational resources (OER) and open courseware (OCW) requires considerations of many factors beyond simply the use of an open licence. This paper examines the pedagogical choices and trade-offs involved in creating OER and OCW. Eight factors are identified that influence openness (open licensing, accessibility and usability standards, language, cultural considerations, support costs, digital distribution, and file formats). These factors are examined under closed, mixed and most open scenarios to relatively compare the amount of effort, willingness, skill and knowledge required. The paper concludes by suggesting that maximizing openness is not practical and argues that open educators should strive for ‘open enough’ rather than maximal openness.

Excerpt: “Devices labeled with the term “pro” come with a lot of expectations. The idea of a pro user is well defined in the desktop and laptop computing space. But, pro mobile devices (such as phones and tablets) are less well defined. This is problematic because devices that support the pro moniker cannot separate themselves from consumer grade options except in price – making the term a meaningless standard. Unlike their PC counterparts, they mobile devices are held back by the limitations of their respective app software and operating systems.”

My colleague Connie Blomgren led and presented our conference presentation at OER19, in Galway, Ireland, on April 11. My colleague Rosemarri and I were remote presenters/”Twitter engagers.”

While is wasn’t as well attended as we had hoped, it was an interesting experience having folks in different time zones contribute to the (brief) discussion.

The slides for the presentation can be found below:

I completely forgot to crosspost my last two posts from my blog tech-bytes.net. Please see the links below for all the details.

Commentary: The state of Wear OS and its implications for the wearable market 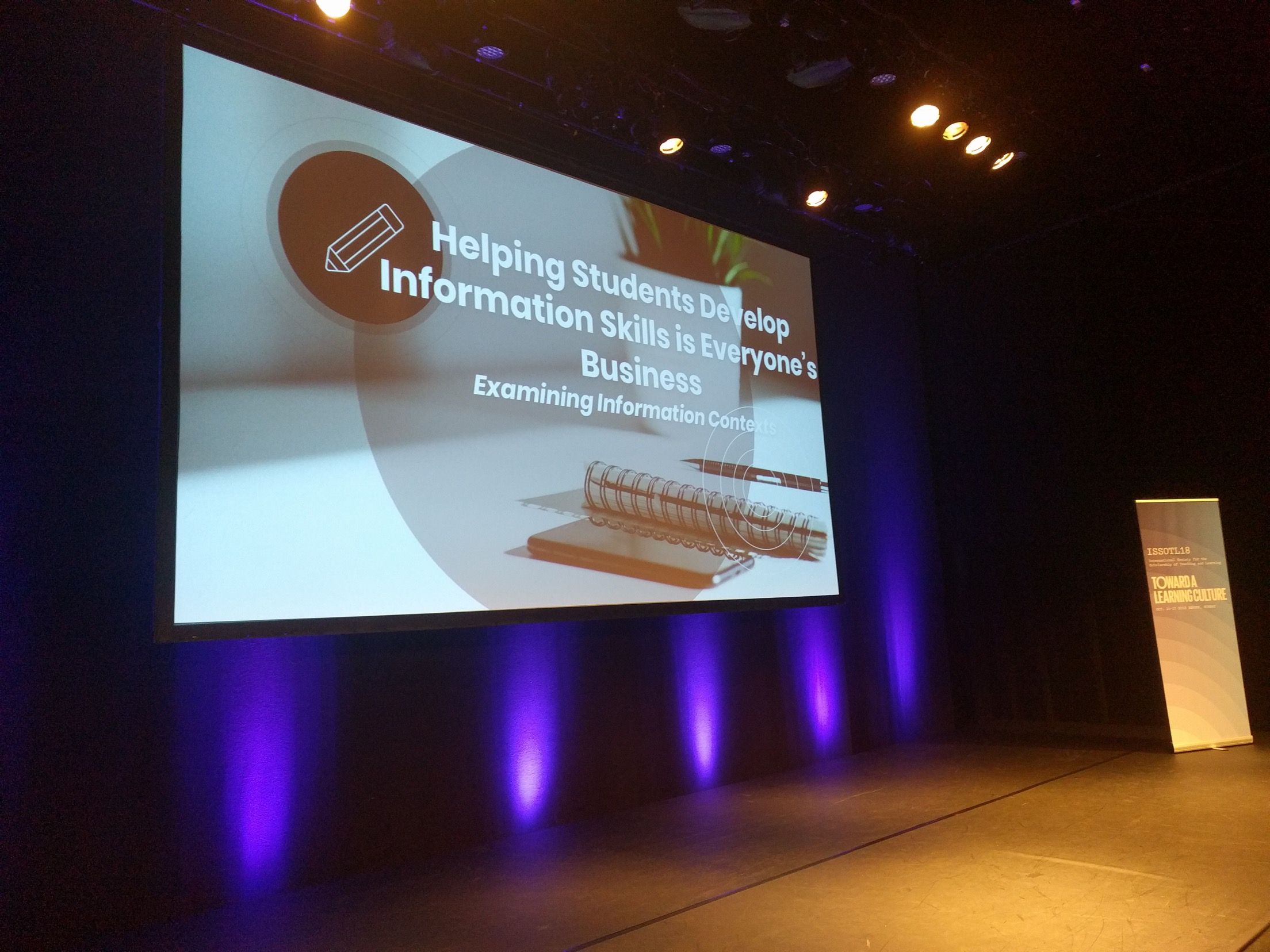 I had the privilege of attending and presenting at the International Society for the Scholarship of Teaching and Learning Conference 2018, in Bergen, Norway. Wonderful city and fascinating culture. Being of partial of Norwegian heritage, it was a good feeling.

After presenting at the Open Education Global conference in Delft, Netherlands, and submitting the research with my collaborator Michael McNally, I’m finally back to work on my OER policy study.

In a nutshell, I gathered 140 documents and analyzed 75. All relevant sections of the documents (those that referred to open education) were coded using thematic analysis (Braun & Clarke, 2006). I only looked at the semantic level – meaning I took the text as written and didn’t read into it too much. I also coded the text at the sentence and small paragraph level because it makes it easier to preserve the context. Lots of notes accompanied these text snippets. In an earlier blog post, I showed how I organized all this data in Excel (as I don’t like qualitative coding software… clunky).

Today, I want to show some of my quantitative results. While this is a qualitative study, I think numbers and tables really help the reader. The limitation here is that there is a big difference in the number of documents I was able to collect by province. BC represents the lion’s share of the documents, and the number shrinks dramatically as one moves east – at least in this snapshot of data. Below, you can see not only how many documents I collected, and the number of text snippets by theme, but the percentage of text snippets according to province. I’m still working out the table titles or course…

In the last screenshot, you can see all nine themes I identified. I highlighted the ones in orange that are most commonly emphasized across all four provinces. For each province, I chose the top three themes emphasized in the analyzed text. There’s lots of crossover but also some important differences. For instance, while all four provinces had “cost savings” as one of their top three themes, it’s the 3rd most emphasized in BC compared to the most emphasized in AB, SK, and MB. I’m assuming this is because BC has been working at open education longer.

I assumed “cost savings” would be a big part of the emphasis among all provinces, but I’m very happy to see “impact on learning” and “technology, usability, and accessibility” as strong contenders. I’m surprised that “quality control” is so poorly represented – given that it’s something emphasized so strongly by faculty, and it is well represented in the literature as a general criticism of OER.

Now that I’m getting into the writing, I’m really looking forward to describing these themes and discussing how the collected data compares to the literature.

I recently had the pleasure to lead a webinar for the a Psychology Librarians group in Canada – where I discussed a SoTL project my colleague and I are working on. The aim of the project is to survey psychology undergraduates during library instruction classes, to determine what information literacy skills they possess at each year in the program. Ultimately, we want to use this data to develop a more scaffolded information literacy program with competencies for each year of the psychology degree.

There is a summary of the project on the webinar slides which are available here: http://hdl.handle.net/11205/376