The following article was published in the Edmonton Journal by myself, Chaten Jessel (University of Calgary) and Michael McNally (University of Alberta) highlighting the benefits of provincial government funding for open educational resources in Alberta. OER are highlighted as a strategy for the Alberta 2030 post-secondary plan. We argue that the current conservative government could easily resurrect the OER pilot project, which was initiated by the previous conservative government in 2014, and put aside a small annual grant to fund resource development in the province.

In 2014, the Alberta government funded the provincial OER initiative — a pilot project designed to promote OER in the province. This program was eventually ended, but the Alberta OER archive is still available. Open textbook adoptions were projected to save students $5.5 million over five years.

– Reinstate the Alberta OER initiative by providing a modest annual grant: The money could be used to fund OER projects throughout the province. The majority of the funds should be distributed as small grants, to fund educators who want to develop OER materials for their classes. The remaining funds could be used to track student savings and prevent duplication by encouraging co-ordination and co-operation across the province.

– Recruit educators to volunteer on the Alberta OER initiative: The previous initiative comprised many volunteers from the post-secondary sector, and there are many skilled people across the province who would be willing to administer the grant and plan OER related events.

– Develop partnerships with other provinces: There are numerous OER initiatives going on in provinces like B.C., Ontario, and in Atlantic Canada. Through establishing partnerships, Alberta could benefit from the knowledge, expertise, and already made OER that other groups have.

Although open licensing is a necessary component of open educational resources, the overall openness of a resource is determined by several factors beyond licensing. This paper examines the applicability of the “Open Enough” framework (McNally & Christiansen, 2019) for examining the openness of existing Open CourseWare (OCW). This previously published conceptual framework proposed eight factors that educators should consider when creating a new, or adopting an existing, open course. These factors include Copyright/Open Licensing Frameworks, Accessibility/Usability Formatting, Language, Support Costs, Assessment, Digital Distribution, File Format, and Cultural Considerations. In this study, the researchers aimed to answer the following three research questions.

1. Are these factors robust enough to analyze (or measure) the level of openness in existing OCW?

2. Are additional, or modified, factors necessary?

3. Are certain factors impractical for assessment?

Overall, the framework was an effective tool for analyzing open courseware, though cultural considerations and usability proved to be too subjective and were removed from the framework. The study revealed the level of openness among the sampled courses to be highly inconsistent. Some factors, assessment, for example, were consistently open across the sample while language, material costs and file format often quite closed. The consistent lack of editable materials was particularly surprising and led the researchers to draw some conclusions about what openness should mean for Open CourseWare. The researchers used the data to revise their existing conceptual framework into a more actionable guideline for open educators.

The Alberta OER Summit took place on June 21st, 2019 at NorQuest College, Edmonton, AB. It was a wonderful meeting, and I’d like to thank Robert Lawson at NorQuest for organizing the event and for inviting me to speak about our provincial journal club project. We have a great OER community in Alberta and it’s events like this that keep the momentum going.

Below is a link to the presentation slides from Mount Royal University’s Institutional Repository.

My colleague Michael McNally (University of Alberta SLIS) and I have published a new paper in First Monday titled “Open enough? Eight factors to consider when transitioning from closed to open resources and courses: A conceptual framework.” Having worked on this paper over the past year, I’m very glad to see it in print.

Abstract: Transitioning from closed courses and educational resources to open educational resources (OER) and open courseware (OCW) requires considerations of many factors beyond simply the use of an open licence. This paper examines the pedagogical choices and trade-offs involved in creating OER and OCW. Eight factors are identified that influence openness (open licensing, accessibility and usability standards, language, cultural considerations, support costs, digital distribution, and file formats). These factors are examined under closed, mixed and most open scenarios to relatively compare the amount of effort, willingness, skill and knowledge required. The paper concludes by suggesting that maximizing openness is not practical and argues that open educators should strive for ‘open enough’ rather than maximal openness.

After presenting at the Open Education Global conference in Delft, Netherlands, and submitting the research with my collaborator Michael McNally, I’m finally back to work on my OER policy study.

In a nutshell, I gathered 140 documents and analyzed 75. All relevant sections of the documents (those that referred to open education) were coded using thematic analysis (Braun & Clarke, 2006). I only looked at the semantic level – meaning I took the text as written and didn’t read into it too much. I also coded the text at the sentence and small paragraph level because it makes it easier to preserve the context. Lots of notes accompanied these text snippets. In an earlier blog post, I showed how I organized all this data in Excel (as I don’t like qualitative coding software… clunky).

Today, I want to show some of my quantitative results. While this is a qualitative study, I think numbers and tables really help the reader. The limitation here is that there is a big difference in the number of documents I was able to collect by province. BC represents the lion’s share of the documents, and the number shrinks dramatically as one moves east – at least in this snapshot of data. Below, you can see not only how many documents I collected, and the number of text snippets by theme, but the percentage of text snippets according to province. I’m still working out the table titles or course…

In the last screenshot, you can see all nine themes I identified. I highlighted the ones in orange that are most commonly emphasized across all four provinces. For each province, I chose the top three themes emphasized in the analyzed text. There’s lots of crossover but also some important differences. For instance, while all four provinces had “cost savings” as one of their top three themes, it’s the 3rd most emphasized in BC compared to the most emphasized in AB, SK, and MB. I’m assuming this is because BC has been working at open education longer.

I assumed “cost savings” would be a big part of the emphasis among all provinces, but I’m very happy to see “impact on learning” and “technology, usability, and accessibility” as strong contenders. I’m surprised that “quality control” is so poorly represented – given that it’s something emphasized so strongly by faculty, and it is well represented in the literature as a general criticism of OER.

Now that I’m getting into the writing, I’m really looking forward to describing these themes and discussing how the collected data compares to the literature.

Thank you to all who attended my session at OE Global 2018 in Delft, Netherlands. What a massive turnout! The room was packed and there were excellent questions from participants! I have posted my PowerPoint slides for you to view. If you have any questions about this research paper or the presentation, please don’t hesitate to contact me.

This spring marked the last conference presentation, and it was a good one.

The Alberta Library Conference (ALC), which is held at the Jasper Park Lodge annually, is a beautiful venue. Attending the conference is as much a getaway as “work event,” which explains the number of smiling faces.

This year I was lucky enough to speak to academic, public, and some school librarians about the library’s role in the open education movement in Canada. Speaking at ALC is fun but it poses a challenge insofar that there librarians from various sectors. As a speaker, one wants to create something that’s meaningful to everyone.

I’ve addressed the topics of the open education movement and open educational resources several times. This particular presentation covered a lot of ground:

About two-thirds of this presentation was me talking, but I tried something a little different this time around. First, before launching into my own ideas about the public library’s role in open education I posed two questions to the audience.

Literature about the public library and OER is greatly underrepresented, and I made specific mention of that in the presentation. The participants were extremely vocal and their examples were quite surprising.

Some identified patrons / groups included high-school students, those looking for career changes, second language learners, not-for-profit employees, internationally trained professionals, people with access barriers (health and otherwise), and people looking to start their own business. These examples give an idea of the variety of patrons the public library is expected to serve. While the participants admitted to using some good commercial products, there are still resources not available for purchase. OER can fill this void, but many of the participants were unaware of the repositories that exist. This underscores one of the primary shortfalls of OER – a general lack of awareness.

It is my presumption that public libraries are equally – if not better – suited to advancing OER awareness. They have broader needs than academic or special libraries, and they service a wider segment of the population.

Participants’ answer to the second questions was equally surprising. Responses included programming lesson plans for robotics and STEM, examples of in-depth reference questions (I presume for training purposes), resources for children to keep up with their school studies, homeschooling resources, and oral histories. Again, this demonstrates a wider need than academia which is largely focused on course plans and textbooks.

At the end of the talk, I encouraged participants to ask if there were resources they wanted that were not covered in the presentation. I also asked them where they’d like to see scholarship on this topic published. In response to the latter, one participant suggested a K-12 or teacher librarian publication that’s open access.

I think public libraries are largely underrepresented in the OER literature and, given the thoughtful feedback and positive reactions to this presentation, I’m considering what such a publication would look like. 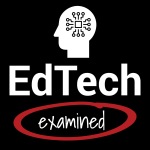